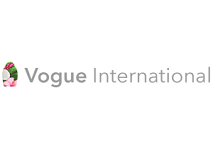 Leading FMCG multinationals Unilever, Henkel and L'Oreal are among the first-round bidders for US haircare firm Vogue International, according to sources quoted in a Reuters article.

Founded in 1987 and headquartered in Clearwater, Florida, Vogue International sells and distributes hair care and other personal care products to to major retailers, primarily through the food, pharmacy and mass channels of distribution, both domestically throughout the US and globally in 38 countries. Vogue’s branded products include the FX line of hair styling products, the OGX (formerly Organix) collection of shampoos, conditioners and styling / treatment and body and bath items, Proganix hair care, and Maui Moisture beauty line.

A deal for Vogue could fetch as much as $2.5 to $3 billion, a Reuters source is quoted as saying.

Henkel is active in the haircare market with the Schwarzkopf brand, while Unilever's haircare brands include Dove, Suave and Tresemme. L'Oreal sells under the L'Oreal name with sub-brands including Garnier and Elvive.

The possible sale comes after a previous effort to sell the company three years ago was hampered by a lawsuit, Reuters adds.