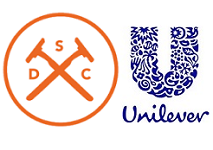 Multinational consumer goods company Unilever has announced that it will acquire Dollar Shave Club, a manufacturer of male grooming products.

According to Forbes, Unilever will pay $1 billion in cash for the US razor company, which offers direct-to-consumer monthly subscriptions of inexpensive razors, aiming to eliminate the overheads of bricks and mortar stores and pass the savings on consumers.

Since becoming established, the company has expanded from razor blades to shaving creams and after-shave lotions, among other male toiletries. The start up has 3.2 million members with offices in Canada and Australia. It had revenue of $152 million last year with an aim of $200 million for next year.

In regards to the sale, Dollar Shave Club CEO Michael Dubin said: "D.S.C. couldn’t be happier to have the world’s most innovative and progressive consumer-product company in our corner. We have long admired Unilever’s purpose-driven business leadership, and its category expertise is unmatched".

Kees Kruythoff, president of Unilever North America, added: "Dollar Shave Club is an innovative and disruptive male grooming brand with incredibly deep connections to its diverse and highly engaged consumers,” said K. “In addition to its unique consumer and data insights, Dollar Shave Club is the category leader in its direct-to-consumer space. We plan to leverage the global strength of Unilever to support Dollar Shave Club in achieving its full potential in terms of offering and reach".