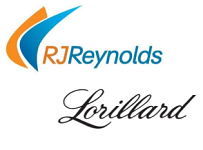 In a move that is set to shake-up the US tobacco market, Reynolds American Inc, the second-largest player in the country, has acquired the third largest, Lorillard Inc for $25 billion, or $27 billion including debt.

Reynolds, which owns brands such as Camel and Pall Mall, will now get a stronger foothold in menthol cigarettes through Lorillard’s Newport brand, described by Reuters as a growing brand in a cigarette market that is shrinking overall.

As part of the agreements, Reynolds will also sell some of its smaller brands due to antitrust regulations.  This includes divesting the e-cigarette brand blu – which controls nearly half of the US e-cigarette market – to Britain's Imperial Tobacco Group. Imperial Tobacco will also acquire brands such as Maverick and Salem in a deal, together with blu,  valued at a total of $7.1 billion.

Meanwhile the acquisition of Lorillard also affects another major global player, British American Tobacco, which owns 42% of Reynolds. Reynolds American, Lorillard and BAT have reportedly agreed on certain terms of the deal including prices, brands, and production facilities to avoid antitrust concerns.

As a result of the deal, Reynolds expect to see a rise in annual revenue to $11 billion and in operating income to about $5 billion.