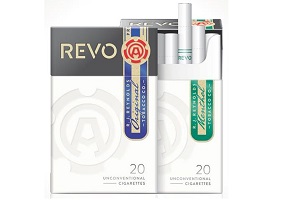 Reynolds America Inc is to launch new Revo “unconventional cigarettes” that heat tobacco rather than burning it, releasing tobacco-flavoured vapour instead of traditional smoke, according to a report from AP.

Revo is described as a rebranded version of the previous Eclipse heat-not-burn product introduced in 1990s and uses a  technology based on a carbon tip to heat tobacco after it has been lit.

J. Brice O'Brien, head of consumer marketing for Reynolds, commented: “Heat-not-burn technology was 20 years ahead of when consumers were ready for it. It needed the mass presence of vapor products to open up an experience-base that smokers understood. The smoker could only compare heat-not-burn to a combustible and it lost every time. That's no longer the case".

“Revo is a modern take on the classic cigarette that — unlike popular e-cigarettes that use liquid nicotine — contains real tobacco, which could make them more attractive to cigarette smokers", he added.

AP reports that Reynold’s move comes hot on the heels of a similar launch by Philip Morris International Inc.  in a test market in Nagoya, Japan.  Marlboro HeatStick and its accompanying device called iQOS (pronounced EYE-cohs) are short, cigarette-like sticks that, like Revo, create a tobacco-flavoured nicotine vapour upon being lit.

The launch of Revo will be supported by a marketing campaign that will let smokers know that it is different and harder to use than a traditional cigarette, but “it’s totally worth it”.

Revo will be sold in Wisconsin, USA from February 2015 for an approximate price of $6.