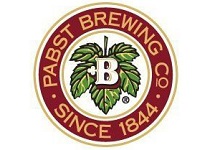 Pabst Brewing, the world’s largest American owned beer producer, has announced that it will open a new brewery in Milwaukee, Wisconsin on the site of the original Pabst Brewery, which was closed in 1966.

Consisting of an investment of roughly $3 million to $5 million, the brewery will serve as Pabst’s hub for innovation and new product ideas and will brew “pre-prohibition” brands such as Old Tankard Ale, Kloster Beer, Bock and Andecker, as well as new craft beers inspired by recipes from the Pabst archives, according to the company.

“The launch of this brewery in Pabst’s original home represents a long-awaited return to our roots. Milwaukee is our home – the Pabst Mansion, the Pabst Theater, Pabst Farms, and this beautiful brewery complex – these are all part of Frederick Pabst’s amazing legacy, which we are honored to continue by returning to our hometown and birthplace”, said Eugene Kashper, Chairman and CEO of Pabst Brewing Company.

Greg Deuhs, Pabst Master Brewer added: “Our brews will symbolize the historic progression of beer styles throughout our 171-year relationship with Milwaukee's beer lovers. We are looking forward to partnering with local residents and businesses and engaging with this community that has been so supportive and loyal to us over the years”.

A Letter of Intent has been signed and the lease is expected to be signed by the 15th August 2015.