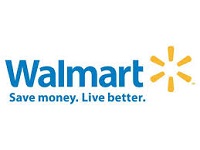 Walmart has announced that Doug McMillon will replace Mike Duke as CEO of Walmart.

McMillon will be the new president and CEO of Walmart form 31st January, with Duke staying on as chairman of the company’s executive committee and as an adviser to McMillon for 2014.

Doug McMillon started working at Walmart as a "summer associate" in 1984 before returning in 1990 whilst studying his MBA. He was the president of Sam’s Club, a subsidiary of Walmart, from 2006 -2009 and held leadership role in three operating segments of the company.

In a statement, Rob Walton, chairman of the board of directors stated: “This leadership change comes at a time of strength and growth at Walmart. The company has the right strategy to serve the changing customer around the world, and Doug has been actively involved in this process.”

According to the Guardian, the past year has been a difficult one for Walmart with same-store sales falling every quarter as smaller rivals gain market share. The company has also reportedly started downsizing in India and Mexico, as well as closing underperforming stores in Brazil and China. Meanwhile it is dealing with ongoing labour disputes.

McMillon commented: “The opportunity to lead Walmart is a great privilege. Our company has a rich history of delivering value to customers across the globe and, as their needs grow and change, we will be there to serve them. Our management team is talented and experienced, and our strategy gives me confidence that our future is bright."