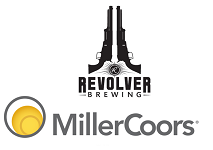 Tenth and Blake, the craft and import division of MillerCoors, has announced the acquisition of the Texan beermaker Revolver Brewing.

Described as one of the fastest-growing craft brewers in Texas, Revolver Brewing is known for its flagship Blood & Honey brand  as well as a line-up of year-round, seasonal and limited release, specialty beers. Revolver is currently distributed in Dallas, Fort Worth, Waco, Austin and surrounding areas.

Commenting on the acquisition, Tenth and Blake president and CEO Scott Whitley said: “We have tremendous respect for the quality and innovation that Revolver Brewing has brought to the Texas craft community and are thrilled to have such a terrific team and portfolio join Tenth and Blake. Our main priority will be to work with the Revolver team to support its continued success and make sure its beer is enjoyed by even more consumers in Texas”.

“This partnership will allow us to maintain our brewery and operations in Granbury, while providing us with the additional resources to invest in and accelerate the growth of the Revolver brand in Texas”, added Rhett Keisler, Revolver Brewing co-founder and president.

Revolver is the latest in a spate of acquisitions for the Tenth and Blake division in recent times that has included Saint Archer Brewing in 2015 alongside Blue Moon Brewing Company, Jacob Leinenkugel Brewing Company, Crispin Cider Company and a minority stake in Terrapin Beer Company.