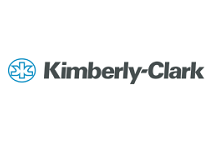 Organic sales for the period were 5% up on the previous year, with K-C International sales rising by 11%. Operating profit was $822 million versus $449 million in 2012, with adjusted operating profit, excluding restructuring costs for European strategic changes, up 5% at $836 million.

In the personal care segment, sales of $2.4 billion were down 1% on 2012, with lost sales as a result of European strategic changes seeing sales volumes reduced by 3%. However, volumes increased in China, Russia, Vietnam and throughout most of Latin America, including Brazil and Venezuela. Meanwhile, in the consumer tissue segment, Q4 sales of $1.7 billion were essentially even with the 2012 period.

Chairman and Chief Executive Officer Thomas J. Falk said, "Our fourth quarter results capped off another year of excellent performance for Kimberly-Clark.  For the full year of 2013, we delivered organic sales growth of 4 percent, with 9 percent growth in K-C International and benefits from product innovations around the world.  We improved adjusted operating profit margin by 90 basis points, aided by $310 million of cost savings from our ongoing FORCE program.  Overall, we had a very good year of financial performance and I'm encouraged by the progress we made in 2013."