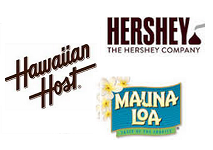 Hawaiian Host, a Hawaii-based manufacturer of chocolate-coated macadamia nuts, has entered into an agreement with leading confectionery producer The Hershey Co to acquire the Mauna Loa Macadamia Nut Corporation for an undisclosed amount, according to reports in ABC News and Khon2.

Mauna Loa is one of the world’s largest processors of macadamia nuts and was originally purchased by Hershey in 2004, ABC News reports.

Commenting on the deal, Keith Sakamoto, president of Hawaiian Host, said:  "This acquisition will create a great opportunity for both companies, our employees and the community. It brings Mauna Loa back under Hawai'i ownership, joins together two strong, local brands, and lays the foundation for continued success".

"Both companies have a long history of operating in Hawaii and sharing our products with the world. We remain committed to continuing to offer the same quality products our customers have grown to know and expect”, he added.

On completion of the acquisition, which is expected to be in the first quarter of 2015, Mauna Loa will be part of the Hawaiian Host group as a subsidiary and both companies will continue operating as two distinct brands, Hawaiian Host said.