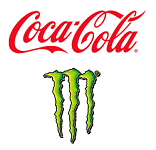 The Coca-Cola Company (Coca-Cola) and Monster Beverage Corporation (Monster) have announced a new definitive agreements for a long-term strategic partnership between the companies.

The deal, announced in a statement, is valued at $2.15 billion dollars and will see Coca-Cola acquire a 16.7% stake in Monster.

As part of the agreement, Coca-Cola and Monster have agreed to respectively transfer their energy and non-energy businesses to the other. Coca-Cola will transfer ownership of its worldwide energy business, including NOS, Full Throttle, Burn, Mother, Play and Power Play, and Relentless to Monster; and Monster will transfer brands including Hansen’s Natural Sodas, Peace Tea, Hubert’s Lemonade and Hansen’s Juice Products to Coca-Cola.

In addition, the companies said that they would amend their current distribution agreement in the US and Canada by expanding into additional territories and entering into long-term agreements, with Coca-Cola becoming Monster’s preferred distribution partner globally.

Muhtar Kent, Coca-Cola's Chairman and Chief Executive Officer commented: “Our equity investment in Monster is a capital efficient way to bolster our participation in the fast-growing and attractive global energy drinks category.  This long-term partnership aligns us with a leading energy player globally, brings financial benefit to our Company and our bottling partners, and supports broader commercial strategies with our customers to bring total beverage growth opportunities that will also benefit our core business”.