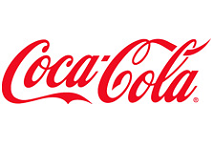 US soft drinks giant Coca-Cola has reached an agreement with Arca Continental for the Mexican bottler to join its distribution system in the USA.

Announcing the move in a statement, the company said it would contribute its Southwest operating unit in order to hold a 20% stake in a new joint venture called AC Beverages, which includes Arca Continental’s existing operations in Mexico, Argentina, Ecuador and Peru.

In the United States, Arca Continental will work in partnership with Coca-Cola bottling company United in its operations in Texas, parts of Oklahoma, New Mexico and Arkansas, Coca-Cola announced.

In addition to these agreements, Ozarks Coca-Cola Bottling Company acquired the territory in Northwest Arkansas and portions of Kansas and Oklahoma.

"Arca Continental is a strong Coca-Cola bottler that has done a great job developing and sharing best practices in its long-standing history", commented Coca-Cola North America president J. Alexander "Sandy" Douglas Jr. "Arca Continental will be a tremendous partner with UNITED in serving a major region of the United States, and the companies will benefit from having contiguous borders for their territories. The Coca-Cola Company is also pleased to gain an additional equity stake in an international bottler that is vital to our long-term success"”.

Currently, Arca Continental is the second-largest Coca-Cola bottler in Latin America and the third-largest independent bottler in the world in terms of unit case volume.