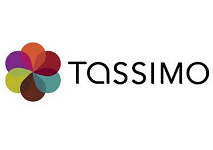 Mondelez International, one of the leading global coffee players, is planning to invest £30 million ($47 million) in its UK factory in Banbury to expand production of its Tassimo beverage capsules.

The Tassimo brand has become Europe’s fastest growing single-serve system, partnering with brands including Jacobs, Costa in coffee and Cadbury in hot chocolate, according to Mondelez.

The expansion is part of Mondelez International's multi-year investment across its European manufacturing plants, which stands at $1.5 billion since 2010. The Banbury factory at present produces coffee brands such as Kenco, Carte Noire and Maxwell House. The new Tassimo capsules it will produce are planned to be exported to Western European coffee markets in France and Spain, as well as being distributed in the UK.

Paul Sinclair, Head of Manufacturing at the Mondelez International Banbury site, said: “The investment opportunity demonstrates that, in an increasingly competitive environment, the UK continues to be a prime location for large-scale manufacturing”. He added: “We’re committed to securing this investment for Banbury by increasing flexibility and competitiveness, and we’re excited about showcasing the quality we can deliver to coffee drinkers in the UK and abroad by producing Tassimo in our factory”.