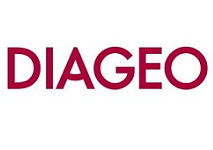 Diageo, the leading spirits firm, has announced its preliminary results for the financial year ending 30th June 2016, showing net sales and volume up on an organic basis compared to the previous year.

Overall, net sales declined in absolute terms from £10.813 billion ($14.25 billion) to £10.485 billion ($13.82 billion), reflecting Diageo's disposal of the Gleneagles and Bushmills brands, the sale of beer assets in Jamaica and Malaysia , and the divestment of the firm's wine businesses (including to Treasury Wine Estates and Grupo Penaflor) over the course of the year. This was partially offset by net sales from acquisitions of £90 million ($118.6 million), including gaining the full ownership of Don Julio as part of the Bushmills transaction, the company said.

At the region level, the firm singled out North America and Europe, Russia and Turkey as the biggest contributors to growth. A return to "solid growth" in North America, in particular a "turnaround in our performance in US spirits", contributed almost one percentage point to the firm's overall growth rate of 2.8%, Diageo said.