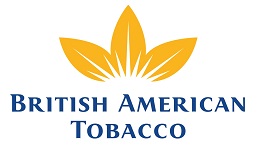 British American Tobacco (BAT) has reported its financial results for the  9 months ended 30 September 2014, posting what it described as “a good performance in a challenging environment”.

The results demonstrated continued strong growth of the Global Drive Brands, good market share performance in key markets and a 1% decrease in volume, the company said. Revenue grew by 2.4% at constant rates of exchange, however movements in many of the Group’s key trading currencies resulted in a 9.6% decline in reported revenue at current exchange.

Cigarette volume from subsidiaries decreased by 1.0% to 495 billion with growth in many markets, including the Middle East, Bangladesh, Venezuela, Pakistan, Ukraine, Turkey and Indonesia, more than offset by lower volume in Russia, Vietnam, Brazil, Poland and Canada, mainly driven by industry decline. According to the company press release, industry volume declined at a lower rate than last year, impacted by large excise-driven price increases.

Nicandro Durante, BAT Chief Executive, commented: “The Group grew revenue at constant rates of exchange as a result of a slightly better price mix, despite increased competitive pricing activity in some of our key markets. Our volume performance reflects our broad geographic spread, increased market share and excellent growth of our Global Drive Brands. Although currency movements impacted our reported results, the Group continues to perform well and we are on track to deliver another year of good earnings growth at constant rates of exchange”.