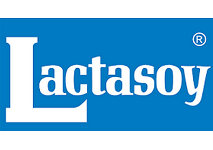 Lactasoy, which produces and distributes Lactasoy UHT soy milk products, has announced a 2.1 billion THB ($33.7million) investment plan that will see the opening of two new factories in Thailand.

The company plans to establish one factory at its complex in Prachin Buri and a second facility in the northeast of the country. At the former site, the company currently has annual capacity for about 2 billion packs of soy milk.

According to newspaper The Nation, the expansion is needed to satisfy a significantly increased demand in both domestic sales and exports.

Commenting on the move, Lactasoy general manager Kamol Likitkanjanakul said: "We plan to invest Bt500 million in this second factory, to be located at our complex in Prachin Buri. The new factory, which will start operation in the second quarter of next year, will have an annual production capacity at around 1 billion packs and will give the company a total production capacity of 3 billion packs of UHT soy milk per year”.

"As a result, we will be able to achieve the growth opportunity witnessed in the soy-milk market both in Thailand and beyond, especially in ASEAN”, he added. "We have maintained our leadership status in Thailand's soy-milk market for 10 consecutive years, with a notable increase in sales every year. This year, we expect to achieve 12-per-cent growth, which is higher than the overall market growth”.