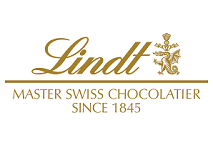 Swiss chocolate giant Lindt & Sprungli has opened new stores, including its first in Wales (UK) and Canberra (Australia), as part of a stated objective to become the world’s leading retailer in premium chocolate.

In a recent press release, the firm said it expected to open 65 stores over 2016, taking its total network to 400 worldwide by the end of the year.

Lindt’s first store in Wales is located in McArthur Glen’s Bridgend Designer Outletand is set to open this month. The space, measuring around 12,000 sq ft, is said to offer a large variety of pick and mix chocolates, where buyers will be able to choose their own quantities of each flavour.

In Australia, the firm’s 1,615 sq ft store will offer chocolate beverages on top of the aforementioned pick and mix choice. The store will be located in the  Fyshwick suburb of Canberra and will open the 26th of this month.