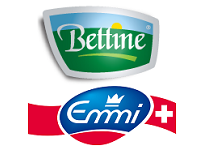 Dairy manufacturer Emmi has announced that it has acquired acquired a 60% stake in the Dutch firm Bettinehoeve in order to strengthen its position in the goat’s milk market.

Bettinehoeve is currently the largest producer of fresh and ripened goat’s cheese in the Benelux countries with a sales revenue of about €40 million ($31 million) in 2015.

The move follows other recent acquisitions by Emmi in the goat’s milk space by Emmi, including US Cypress Grove Chevre and Redwood Hill Farm & Creamery and a 70 % stake in Dutch AVH dairy, which specialises in the export of goat’s and sheep’s milk products.

Commenting on the acquisition, Bettinehoeve’s managing director Sybren Ewijk said: “I am confident that Emmi is the right decision for Bettinehoeve. We have worked together with Emmi over the past three years in the joint venture that we share (Goat Milk Powder). Emmi is a reliable partner. In addition, they have encouraged us to continue on our successful path”.

Urs Riedener, CEO of the Emmi Group, added ““Emmi now has a tried-and-tested network of firms successfully operating in the premium and specialities markets. We have shown our ability to do a particularly good job of integrating pioneering family-owned enterprises into the Emmi Group over the long term. Maintaining the culture specific to a firm helps to further reinforce its success on the market”.

The transaction is expected to be completed by February 2016. Financial details have not been disclosed.