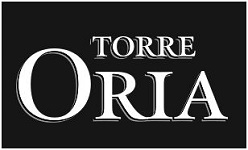 TorreOria-Vintes, a Spanish producer of still and sparkling wines, has reported 2013 turnover of €5.6 million ($7.6 million), representing an increase of 60% over the previous year. The growth was due in large part to a growth in exports, accounting for 80% of its business, according to a statement from the group.

The cava business has increased 60% compared to 2012, while wines saw sales similar to those of 2012.

Vintel, an affiliated company which sells wines and wine derivatives not produced by the TorreOria winery, also reported a good year in 2013, with turnover up 25 %.

According to Eloy Bautista, general director of TorreOria Vintes Group, "the work done over the last 12 months has changed the situation of the company and has helped us achieve growth targets."

"Due to all the changes we have implemented, not only have we improved the efficiency and productivity of the company, but we have also introduced new lines of wine and operational methods that will, according to our goals, achieve positive EBITDA in 2014," he added.

The company exports to over 25 countries, including the USA, Japan, Denmark, the United Kingdom and Belgium.