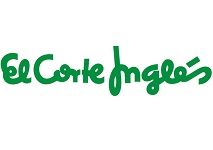 El Corte Ingles, the leading Spanish grocery and department store, is planning to expand internationally with locations potentially in Mexico, Italy and Peru, according to a report in El Confidencial Digital (ECD).

Currently present only in Spain and Portugal, the retailer is now said to be seeking new avenues for growth, backed by investment from Sheikh Hamad Bin Jassim Bin Jaber Al Thani of Qatar, who has taken a 10% stake in the company.

According to sources quoted by ECD, countries within the European Union would constitute the most “natural” leap for El Corte Inges, for logistical and regulatory reasons. Beyond Europe, consideration might reportedly be given to Latin America, where the group is already present through its youth fashion chain Sfera, particularly in Mexico and Peru.

Within Europe, a move into Italy might also be on the cards, according to ECD. Several years ago the company is said to have signed a pre-contract agreement to build a commercial centre in a prestigious area of Milan, but the economic crisis reportedly prevented the project from going ahead.