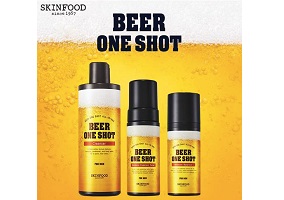 South Korean cosmetics and toiletries manufacturer Skinfood has announced that it has released a new line of skin care products under the brand Beer One Shot For Men.

According to Skinfood, Beer One Shot For Men was developed to offer consumers multi-functional benefits with minimum fuss, with the company noting that men typically find skin care products unnecessarily complicated and tend to prefer "light and non sticky products”.

The new line is described as being from beer extract, aloe vera and cucumber juice, while the packaging imitates a glass of cold beer.

Skinfood’s line is the latest in a spate of beer-inspired toiletries for men, with most notably Carlsberg recently introducing a series of male-specific grooming products claimed to be made from beer.