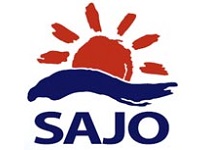 Sajo Group, a South Korean processed seafood manufacturer, has agreed to acquire a 85% stake in Korea Flour Mills, the holding company of DongA One Group, for 100 billion won ($82 million), according to a report in the Korea Times.

DongA One Group produces a range of flour products for retail and foodservice channels, and is also active in the animal feed sector.

A spokesman for Sajo said: "We expect Korea Flour Mills will create a great deal of synergy with our business units", adding that: "the latest acquisition will help us emerge as a comprehensive food processing company".

According to the Korea Times, DongA One has recently been hit by soaring debt. "For the sake of creditors and our customers, we decided to sign a deal with Sajo Group promptly”, a DongA One spokesperson is quoted as saying. "We believe that Sajo will provide a platform for Korea Flour Mills to grow again”.