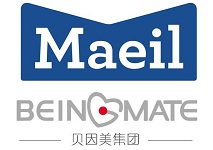 Named Hangzhou Beingmate Maeil Food Company, the joint venture will reportedly focus on the production of a special instant formula for premature or low-weight babies, lactose-intolerant infants and those with amino acid metabolism disorders.

Under the terms of the deal, Maeil Dairies will be responsible for the production of special milk powder, while its Chinese partner will be in charge of marketing and sales in China.

Commenting on the venture, a spokesperson for Maeil Dairies said: "It will give us a chance to show off Korea's technology and formula quality to Chinese consumers", adding that: "by carrying out joint research, we hope to contribute to enhancing the health of Chinese infants, and establish the joint brand as a leading formula maker in China".

The joint brand is due to launch its first product in late December.