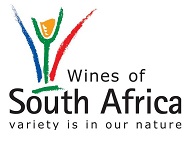 In 2013 the South African wine industry sold 525.7 million liters of wine, increasing volumes by 26% over 2012 , according to the export association Wines of South Africa (WOSA).

According to Siobhan Thompson, CEO of WOSA, the increase in exports was due to a good harvest in South Africa in 2013 which filled the gap created by the poor European harvest, and also allowed South Africa wines to penetrate new markets.

UK was the biggest export destination for South African wines, receiving over one fifth of total volumes exported in 2013, and volume sales rose 21% to 111.2 million litres. Sales to Germany increased by 24% to 965 million litres, while exports to Russia grew by 18% to 37.3 million litres.

Thompson stated: "It is encouraging that strong gains were achieved in the UK and Germany, our two biggest markets, where packaged wines in particular showed very healthy growth. Packaged wines to the UK were up 31% and to Germany by 17%. At the same time, exports also grew across an increasingly broad range of other markets."

She continued: "South Africa is increasingly perceived as the source of interesting, original and well-made wines, able to appeal to Americans eager to expand their repertoire. This is a very good positioning from which to build our base, particularly as we target Millennials, who are especially eager to encounter new taste experiences."