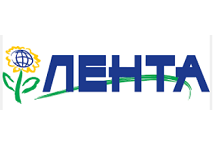 Russian retail chain Lenta has reaffirmed its plans to significantly expand its hypermarket presence in Russia, announcing that 25 new stores are to be opened across the country over the course of 2015.

The Moscow Times reports that the firm has raised $225 million via a share sale, less than half of which came from a state-backed private equity fund and associated investors.

The latest store to be added to Lenta’s chain is located in the city of Orel, 368km to the south-west of Moscow. The company has already announced the opening of stores in Engels, Chelyabinsk and Veliky Novgorod this year.

“Our low-price / low-cost business model, strong financial results and further acceleration of sales growth in early 2015 combined with our proven capability to deliver rapid new store expansion put Lenta in a strong position to capitalise on the growth opportunities in Russian food retail”, commented Lenta CEO Jan Dunning. “The current economic environment provides a chance for us to grow even more quickly as our model is well-adapted to the needs of consumers facing pressure on household budgets and new store development opportunities are more plentiful”.

“With this further acceleration in new store openings we expect to comfortably exceed our target of doubling net selling space over the three years to December 2016”, he added.

Lenta is Russia’s second-largest hypermarket chain by profit and now has 112 hypermarkets in 63 cities across Russia, in addition to 24 supermarkets in the Moscow region.