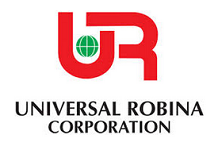 Griffin's has around 800 employees and produces brands including Gingernuts, Cookie Bear, MallowPuffs and Nice & Natural from its two factories in Auckland. The company will be acquired by Universal Robina from Pacific Equity Partners, subject to regulatory approval.

If the deal goes ahead, it is reported that Griffin's chief operating officer, Alison Taylor, will become chief executive and executive chairman Ron Vela will be retained as a consultant.

Speaking of the acquisition, Mr Vela focused on the potential advantages for the company's employees, saying: ‘I just think they'll be investing forever. This is a gift in heaven for the New Zealand workforce, for the country itself."

Referring to the company's manufacturing facilities, he added: "They are two state of the art facilities that are now well invested with plenty of capacity and technology available for growth."

Griffin's also commented that the deal would provide the company with access to new distribution networks, enabling it drive growth in export markets such as the Philippines, Vietnam, Thailand, Indonesia, Malaysia, Singapore, Hong Kong and China.