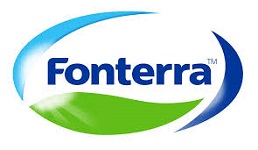 Dairy exporter Fonterra may face legal action from Danone over the recall of infant formula that the former claimed contained a potentially harmful ingredient.

Danone aims to claim back compensation for what it says was a €350 million ($476 million) loss in sales following the recall of products in New Zealand and Australia. Negotiations started back in October in a bid to resolve the disagreement.

At the annual meeting of shareholders at the start of December, Theo Spiering, CEO of Fonterra told Reuters: "We're still in talks (with Danone). We have worked on a commercial solution for months." He added: “That appears to be a route that is not working out."

In August Fonterra announced it had discovered a “potentially fatal ingredient” in a number of products by sold by multinational companies including Coca Cola, Chinese drinks manufacturer Wahaha and animal feed manufacturers in Australia and New Zealand. Agreements have already been reached between Fonterra and six of the eight companies affected.

Spiering add that they were also “very very close” to reaching a agreement with  US Company Abbot Laboratories which recalled its infant formula in China and Vietnam, losing a reported $90 million in sales in the third quarter.

Recalls issued in nine countries including China and Malaysia turned out to be a false alarm, as the ingredient in question was found to contain a less harmful bacteria.