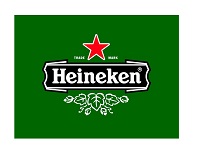 Heineken, the world’s third largest brewer, has reported that its ongoing profits fell back 5% in 2013 after what it described as a “challenging year”.

Sluggish growth in Western, Central and Eastern Europe is said to have impacted the group’s overall performance, with revenue increasing by just 0.1%. Price increases failed to offset declines in volume sales, Reuters reports.

The brewer recovered some ground in H2, with improved performance in Western Europe and Africa Middle East, according to Jean-Francois van Boxmeer, Chairman of the Executive Board & CEO. He commented:  “Whilst the performance of developing markets was not as strong as expected, they now account for nearly half of group revenues and remain strong platforms for long-term growth.”

“We had a very good last quarter in Nigeria”, he continued. “It is true that you see some changes in the market. You see an increasing value segment, in which we participate ourselves, but a brand like Heineken also continues to grow”.

Heineken expects a stronger year in 2014, predicting that revenue should grow on a like-for-like basis and excluding currency translation effects.