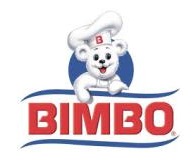 The Mexican company Grupo Bimbo has agreed to pay C$1,830 million (about US$1,655 million) to acquire all the shares of Canada Bread Limited. As part of the acquisition, Bimbo will pay C$72 (US$65) for each of the 25.4 million shares in the company, it is reported.

According to a Bimbo statement, the purchase "will drive Bimbo’s global growth strategy and enables Grupo Bimbo to enter the attractive Canadian market through brands such as Dempster's, Pom, Villagio, Ben's, Bon Matin and McGavin."

The acquisition is subject to regulatory approvals, but in principle will be implemented in the second quarter of 2014 through an agreement between both parties known as a Court-Approved Plan of Arrangement. The deal will require the approval of at least two-thirds of the votes cast by the shareholders of Canada Bread, further reports state.

Canada Bread is the leading Canadian manufacturer of bread products and has 5,400 employees. It also owns 25 factories in Canada, the United States and the United Kingdom with more than 41,000 shops, and generates annual sales of C$1,439 million Canadian dollars (US$1,301 million) and EBITDA of C$1,852 million (US$ 1,675 million), America Economia reports.