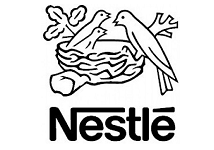 FMCG multinational Nestle is set to release a swathe of new product launches in India as it seeks to reinvigorate its business in the country in the wake of the Maggi instant noodles controversy, the Times of India reports.

According to the newspaper, the Swiss-based firm will be launching around 25 products across a range of categories, having seen its share of the instant noodle category slip back to 55.5% from a peak of 77%.

Aside from the Hot Heads line, Nestle is also said to be launching new varieties of pasta, Nestea ice tea, baby food, coffee, masala tea mix, and confectionery items in an effort to reduce its reliance on Maggi, the Times of India adds.

Commenting on the move, Nestle India chairman Suresh Narayanan is quoted as saying: "We have weathered the storm, although we still have two cases pending in the court. Now it is the time to ride the wave. There are about 20-25 product launches, some of them have happened, some are happening and some will happen in four to six weeks' time. This is probably the single largest window of new product launches in a long time".