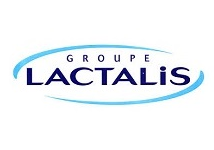 Reuters is reporting that the French company Lactalis, one of Europe’s biggest dairy groups, has agreed to buy a 100% stake in India’s Tirumala Milk Products. The deal, disclosed to Reuters by “two sources with direct knowledge of the matter”, is reportedly valued at between $250 & $300 million.

Under the terms of the deal, the French firm will buy shares from Tirumala’s founders, who own 80% of the business, in addition to the 20% currently owned by the private equity firm the Carlyle Group, which purchased its stake in 2011 for a fee of $22 million.

According to the sources, the deal is to be announced this week, and, subject to regulatory approval, should close this quarter.

Tirumala turnover for the fiscal year ended ending March 2013 is said to have been $228.41 million.

Lactalis is Europe’s number one dairy group in terms of revenue, and, should this acquisition proceed, the company will gain access to what is said to be one of the world’s fastest growing markets. Lactalis would compete in India with producers including Gujarat Cooperative Milk Marketing Federation Ltd and Nestle.