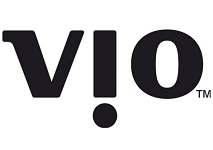 Coca-Cola is considering strengthening its presence the Indian dairy market with the launch of its US dairy brand Vio in the country.

An Indian version of Vio would be adapted for the local market and, unlike the US offering, would be non-carbonated, according to information.  In the US, Vio is offered as a skimmed dairy carbonated drink, available in citrus, peach and berry flavor, free of preservatives and fortified with vitamin C.

According to a report in the Economic Times, the product would feature locally relevant flavours and would compete with major dairy brands like Britannia, Danone, Amul, and Nestle.

A Coca-Cola official is reported as saying: “The rollout could happen as early as January next year or by next quarter at the most. The front-end and back-end are being fine-tuned". Another person with knowledge of the matter said that the beverage giant had entrusted dairy frim Schreiber Dynamix Dairies with production of the drink, according to the Economic Times report.

“We already have an offering in the dairy space — Maaza Milky Delite — which has a presence in select markets. Vio is a global brand and is, therefore, an option available to us. It is too early for us to comment on a possible launch of this brand in India”, a Coca-Cola spokesperson is quoted as saying.