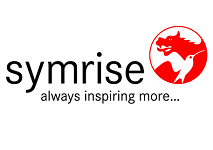 The Germany-based flavour and fragrance house Symrise has announced that it has made “another important step in sustainable vanilla production in Madagascar” with the opening of a €3 million ($3.8 million) extraction facility in Benavony.

The company said that, with the opening plant, every step in the processing of vanilla can now be performed locally on the East African island for the first time.

Dr. Heinz-Jurgen Bertram, CEO of Symrise, explained that: “This site is a further milestone in Symrise’s strategy of establishing the entire value chain for vanilla in its source country and in accordance with strict sustainability criteria”.

Symrise currently processes about 200 tons of vanilla locally each year, which represents roughly 10% of the annual harvest in Madagascar.

In the medium term, the company said it planned to process additional important raw materials in the facility, such as vetiver, an important and popular fragrance for producing perfumes.

Symrise is a global supplier of fragrances, flavourings, cosmetic base materials and substances, as well as functional ingredients. Its clients include manufacturers of perfumes, cosmetics, food and beverages, the pharmaceutical industry and producers of nutritional supplements.