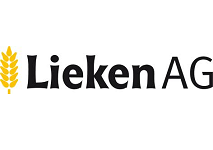 Lieken AG, Germany's leading bakery group with annual revenues of over €700 million ($873.5 million), has announced plans to shut five of its facilities as part of a large-scale restructuring process that will also see the construction of a new plant in the Rhein-Main region.

In a statement, Lieken said that "smaller and less modern" facilities in Essen, Garrel, Stockstadt and Weissenhorn would shut in the next three years. Meanwhile Lebensmittel Praxis reports that a factory in Pfungstadt has also been earmarked for closure.

Lieken said it had begun looking for a new location in Rhein-Main and that it was expected construction on a new plant would begin in 2017. Built as part of a €300 million ($374 million) investment, the facility would be 80,000 square metres in size and would include both warehousing and logistics capacity.

Meanwhile Lieken, which owns the Golden Toast and Lieken Urkorn brands as well as manufacturing products for private label brands, said that investment would also take place at facilities in Brehna, Lunen und Ludersdorf over the coming years.

Commenting on the restructure, Markus Biermann, Head of Distribution and Production at Lieken, said: "As a result of changing market requirements and new retail bakery concepts these steps are inevitable for Lieken".