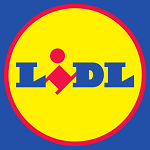 Discounter retailer Lidl is predicting record turnover for the  2014/2015 financial year, according to reports in Handelsblatt and Stimme.

In an interview with Wirtschaftswoche, Matthias Raimund, General Manager of Lidl’s German arm, predicted that sales were likely to rise to a new high of €18 billion ($20 billion) for the year ending February 2015.

Commenting on plans for the coming year, MrRaimund stated that the company had no intention to expand significantly through new store openings, saying that the company’s growth would instead be based mainly on expanding and modernizing the existing chain of 3,300 stores.

From a brand positioning perspective, Lidl’s chief buyer Christoph Pohl added that the company would “move away from ‘no-nameb rands’ towards 'own brands’ ", adding that there would be a further emphasis on higher quality, as well as greater transparency in relation to product origin.

Among other plans  for the coming year, it is reported that the retailer will focus on broadening its fresh fruit and vegetable range and expanding its wine offer. Meanwhile the bakery portfolio is expected to grow, with new products to include a greater range of organic breads.