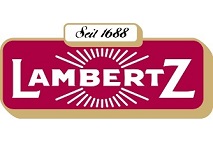 Aachen, Germany based confectionery manufacturer Lambertz is to take over Nuremberg based firm Ifri Schumann, according to a report in Handelsblatt.

Ifri Schumann is a producer of traditional gingerbread products and also has an operation manufacturing nougat.  The nougat business, where Lambertz is not currently active, would be a good complement to the firm’s existing product range, a company spokesperson is reported as saying.

Commenting on the move, Hermann Buhlbecker, head of Lambertz, said: "Following our takeover of the majority holding of the Dresden-based fruit cake maker Dr. Quendt, we are continuing our strategy of growth".

Ifri Schumann is a family company and itself took over the traditional Nuremberg nougat manufacturer Wendler back in 1972. Production of baked goods and nougat will reportedly continue at existing sites.

The Lambertz group, which also manufactures Nuremberg gingerbread, claims to be the world leading producer of autumn and Christmas bakery products. Employing around 3,400 people, the company has an annual turnover of around €585 million ($662 million).