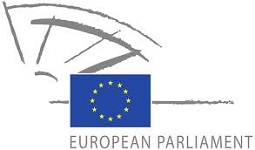 The European Parliament has provisionally agreed to a new directive that will impose tighter restrictions on tobacco manufacturers in Europe.

Among the measures announced in the directive are the banning of menthol cigarettes, 10-packs, and smaller packs of roll-your-own tobacco, as well an increase in the size of health warnings to 65% of packaging.

The directive also proposes making it compulsory to record and keep track of the movement of tobacco goods through the supply chain. The proposed agreement still has to be adopted by the European parliament and council before being translated into national laws.

The move has angered both tobacco manufacturers and wholesale distributors, Talking Retail reports.  Jorga da Motta, UK managing director of JTI, cast doubt on the advantages of any increase in health warnings on packaging, saying such changes would “not deliver any public health benefit, as children already understand the risks associated with smoking.” Speaking about the other measures, he continued: “Today’s announcement from the EU to ban 10s, menthol and smaller pouches of tobacco is an early Christmas present for criminal gangs across the UK.”

Meanwhile the Federation of Wholesalers and Distributors (FWD) expressed concerns about the increased administrative costs associated with the new directive. FWD chief executive James Bielby said: “Our members are already struggling to compete in a market which is overrun by illicit goods.”

One measure understood to be excluded from the agreement is restrictions on the sale of e-cigarettes to pharmacies. Under the terms of the directive, these will remain on general sale.