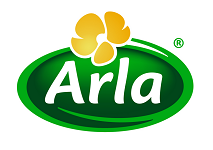 Arla has announced that it has tripled its sales in Russia since 2008, recently surpassing the milestone of 20,000 tonnes per year.

Arla, Denmark’s leading producer of dairy products including milk, cream and cheese, claimed the growth had been achieved despite a challenging macro-economic picture.  The Russian ruble fell more than 10% against the euro in summer 2013, increasing the price of imported goods. In spite of this Arla managed to grow sales significantly, the company said.

“We have strengthened our position in the retail industry over the years and have developed our business in the country, primarily through our regional distributors”, said Hans Christensen, Director of Arla's business in Russia and North America. “Today we are present in 14 cities with over 1 million people, with Moscow and St Petersburg as the engines of growth”.

Commenting on brand strategy, Christensen continued: “This year we have been focusing on the marketing of Arla Natura, which is a very strategic brand for us. Today Arla Natura is positioned in the yellow cheese and cream cheese segments, but we have plans to expand the brand to several other categories. For instance we are launching Arla Natura butter for Christmas, and we have other products in development to be launched next year.”