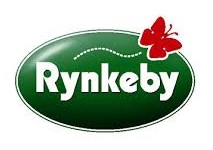 In line with a stated strategy “to focus its future investments on its core business of dairy production”, Danish milk producer Arla has announced its decision to sell its juice subsidiary Rynkeby Foods. Rynkeby Foods is the last remaining company in the group not producing milk based products.

According to a company press release, the decision was taken after four months’ strategic analysis. The company will “now initiate a sales process to identify the right buyer to take the Rynkeby business forward in its strategic development”, Arla said.

Rynkeby Foods is the largest manufacturer of juice and cordials in the Nordic region, with a production of more than 150 million litres per year. It generated approximately 1.1 billion DKK (€150 million) in sales in 2014.

Commenting on the proposed sale, Arla Foods vice-CEO Povl Krogsgaard said: “Over the past two decades Arla has sold off subsidiaries that do not have a direct link to dairy production in order to focus on our core business. Rynkeby is the last remaining subsidiary in the Arla Group not linked to milk, and it is our assessment that the Rynkeby business will be better suited under new ownership that can take the company to the next level in its future development”.

“We have begun to approach potential buyers this week and will now go through the process of identifying the right buyer and best offer”, he added. “We expect this process to be concluded by the end of the second quarter next year”.