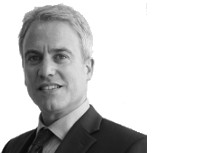 Dan has spent 25 years building the international presence of British and American businesses. This included a 7 year posting to Asia culminating in the establishment of a representative office and factory in China in 2005.

More recently, Dan was Director of Growth Markets at Datamonitor delivering a rapid acceleration of the business in the Middle East, Africa and South Asia. For an interim period in 2010, Dan was also President of the Americas for Datamonitor Inc.

Dan holds an MBA with merit from the University of Liverpool with a specialisation in emerging markets.

He is enthused by the opportunity internationalisation represents both for businesses and for humanity.

Dan is a father of two and lives in Greater Manchester.