Colombia: Juan Valdez opens in Florida as competition with Starbucks heats up 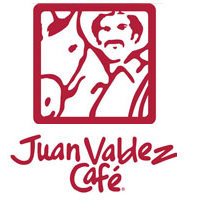 Colombia: Juan Valdez opens in Florida as competition with Starbucks heats up

Juan Valdez, the Colombian coffee shop chain backed by the the Colombian Coffee Federation, has opened its first outlet in Florida as it looks to take on Starbucks in the latter’s home market.

Procaferol SA, the company which manages the Juan Valdez brand, has plans to open 60 new coffee shops in Florida over the next five years. The first has opened in the centre of Miami with a further four to follow by the end of 2014.

The move comes only weeks after Starbucks itself opened its first coffee outlet in Colombia, in the capital Bogota. Hernan Mendez , CEO of Procafecol, commented: “We are a company that is world-class, that is prepared to compete with a company that is so large”.

Procaferol, which already has already seven coffee shops in the USA including in New York, Washington and the Miami airport, will still be dwarfed by Starbucks in Florida. The American chain already has about 400 outlets in the state, including dozens in Miami alone, Bloomberg reports.

Procafecol represents 500,000 coffee-producing families, 18,000 of which are direct shareholders. The Juan Valdez chain currently has 270 outlets, mostly in Latin American countries, but stretching as far as South Korea and Kuwait.