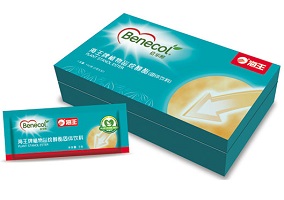 According to a Raisio press release, the firm has been working determinedly to open markets for Benecol products, particularly in Asia and South America which led to the latest launches in Brazil in November 2014, South Korea in February 2015, and the current rollout in China.

Olavi Erkinjuntti, Sales Director of Raisio's Benecol business said: “The Benecol product launch in China will strengthen Raisio's strategically important expansion into new growing markets of Asia”, adding: “we have long worked to enter the Chinese market and we are very pleased to be partnering with Neptunus, the company that is investing in Benecol products”.

Benecol powdered drink will be first sold at approximately 1,700 Nepstar stores, mainly in large cities on the east coast of China. Raisio said it will then aim to have the product available in selected hospital stores and sales channels of health care professionals in six months while Neptunus focuses on significantly expanding its sales network in the long term.