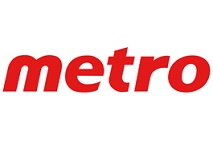 Metro, a food and pharmaceuticals distributor in the Canadian provinces of Quebec and Ontario, has launched a platform that allows customers to do their grocery shopping online.

Starting at the end of October, the new service is available to Metro consumers in the Quebec area, with orders placed online able to be picked up at three stores in Montreal and Laval and,  in Montreal’s east end, also eligible for delivery.

With the promise of being “fast and fresh’, according to a report in the Canadian Grocer, the new service is said to feature benefits such as storage by ‘tri-zones’, a term Metro has coined to indicate goods held in different parts of the store depending on whether they are ambient, refrigerated or frozen.

“We think that what we are putting in place is unique in the marketplace”, said Gino Plevano, Metro’s vice-president of digital strategy and loyalty, regarding the launch of the new service.

The introduction of the service on these areas is said to be just the first stage of launch.  “The speed of deployment will be based entirely on the success of this first phase”, Mr Plevano added.