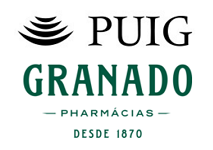 Puig, the fashion and fragrance giant, has bought a minority stake in the Brazilian toiletries firm Granado, according to reports in Reuters and Cosmetics Business.

The Spanish firm, which is behind the Jean Paul Gaultier and Carolina Herrera brands, is to acquire a 35% stake in Grupo Granado for around R$500 milllion ($155 million), according to sources quoted by Reuters. Puig itself did not disclose the terms of deal.

Granado is described as one of Brazil's oldest cosmetics firms, having been founded by a Portuguese immigrant in 1903. The company produces and retails a range of traditional glycerin soaps, shave balms, creams, nail polish and body powders, as well as the Phebo soap brand that it acquired from Sara Lee in 2004.

Marc Puig, Chairman and CEO of Puig, said: "We view this agreement as the basis for a long-term partnership".

Granado marketing and sales director Sissi Freeman added: "Puig will help us to continue with the expansion of the concept stores in Brazil and abroad – which started in 2013 in the French market, with a corner in the luxury department store Le Bon Marche".