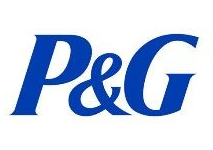 US multinational Procter & Gamble has announced the closure of a plant in Anchieta, Brazil, ceasing production of Ariel powder detergent in the country.

According to Revista Exame, the plant, which is located in the Sao Paulo region, employs around 175 staff, some  of whom will be transferred to other company factories in Brazil.

P&G will now focus on selling concentrated liquid detergent, a product which currently represents only 20% of total laundry detergent sales in Brazil compared to 80% in developed countries, according to figures quoted by Revista Exame.

The production of liquid fabric softener Downy, which was also manufactured at the Anchieta site, will be transferred by March 2017 to the company’s unit in Louveira, also in the Sao Paulo region, which has the capacity to increase production by 60%.

In recent years, P&G has invested R$2 billion ($631 million) in the country, mainly in capacity expansion.

"We have developed a long-term plan for the success of our supply chain in Brazil – despite the macroeconomic situation – and we are now implementing it through the consolidation of our factories", the company said in a statement.