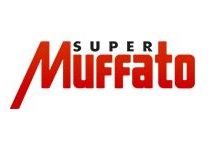 Muffato, a supermarket chain based in the state of Parana in the south of Brazil,  has announced plans to extend its presence with the opening of three new stores over the course of 2015.

The expansion, the result of an investment of around  R$ 100 million ($36 million) involves the opening of two supermarket outlets as well as a wholesale store.

The largest of the new stores, receiving an investment of R$ 45 million ($16 million), will have 5,000 square metres of retail space and will be located in Sao Jose do Rio Preto, in the state of Sao Paulo. Scheduled for completion in the second half of the year, the development will cover a total area of 25,000 square metres and will include 25 additional stores offering a mix of products and services, as well as a food court.

The decision to open an additional supermarket in the state of Sao Paulo was down "not only to the economic strength of the city, which is a major regional centre of education, health, commerce and industry, but also because of its important strategic location", a company spokesperson said.

The second supermarket will be in Parana and will be built at a cost of R$ 40 million ($15 million), while the exact location of the wholesale outlet is yet to be decided.