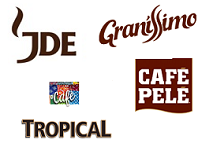 World-leading coffee firm Jacobs Douwe Egberts has announced its intention to acquire a portfolio of local brands, including Pele, Granissimo and Tropical, from Cia Cacique in Brazil.

The deal, which is subject to formal approval by Brazilian regulatory authorities, will complement JDE Brazil’s existing coffee portfolio and strengthen its leadership in core regions across the country, Jacobs Douwe Egberts said in a statement. "[The acquisition] represents an important step for JDE as it continues to evolve to meet the preferences of the Brazilian consumers and to live up to its belief that 'Everyone deserves the coffee they love' ", the firm added.

Jacobs Douwe Egberts' mooted deal for the Cia Cacique brands follows previous forays into the Brazilian market by the firm, including the acquisition of Cafe Seleto in June 2016.

Cia Cacique, which is described as the largest Brazilian exporter of instant coffee, said that divesting its retail brands would allow it to focus on its core business.