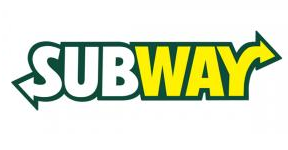 The sandwich is made with chicken strips and cheese sauce base, with a squeeze of lemon and a touch of pepper. It joins a list of “lighter” option sandwiches available on the menu, as the chicken used in the sandwich is described as being grilled rather than fried.

This is the third time that Brazil has been chosen to launch a new product for the Subway chain.

According to Leandro Florio, senior marketing manager for Subway in Brazil, the company expects the launch to increase sales by 20%, as there are no other similar products on the market.  “We carried out a survey of lots of consumers across the country and we find that people like a mildly spicy flavour, such as with the chiptole sauce that we already use in our product range”, he commented. Prior to launch, the new sandwich was taste-tested in selected Brazilian cities for 3 months.

Subway currently has over 40,000 units in over 103 countries worldwide, with weekly sales reaching 1.7million sandwiches. In Brazil there are 1,300 Subway restaurants in over 390 cities, and the country is second only to the United States in growth figures, the company reported.