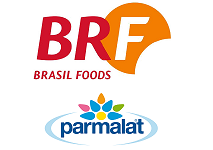 Dairy firm Parmalat, a subsidiary of dairy giant Lactalis, is to acquire the dairy units of Brazilian food company BRF for $805 million.

The deal will seee Lactalis Group will became the second largest dairy company in Brazil.

“Lactalis intends to use the Parmalat brand in Brazil, as it does in other emerging markets”, said Samuel Oliveira, a director at Indusval & Partners bank which represented Lactalis in the deal.  He added “The French group believes there is plenty of room to grow in Brazil, where use of dairy products is still relatively low”.

BRF Chief Executive Officer Claudio Galeazzi said that the company was selling its dairy unit, which includes the Batavo and Elege brands, to focus on its meat business. The 2013 proforma revenues of BRF’s dairy division amounted to about R$ 2.6 billion ($1.2 billion).

“Brazil is one the largest milk producers in the world and any big dairy company needs to be present in the country”, said Indusval's Mr. Oliveira. Last year Lactalis bought Brazilian gourmet-cheese maker Balkis, which has units in the states of Sao Paulo and Minas Gerais.

Parmalat said that the acquisition would be entirely financed with internal resources.