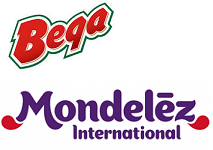 Mondelez International, the global food giant, has announced that it has reached an agreement to sell most of its grocery brands in Australia and New Zealand to dairy firm Bega Cheese.

The deal, which excludes the Philadelphia cream cheese business, is valued at A$460 million ($345 million). Included in the sale are brands such as Vegemite, ZoOsh, Bonox, as well as other products that use the Kraft brand under license, such as peanut butter, nut spreads, processed cheese slices, ambient cheese spread, mayonnaise, parmesan cheese, Kraft Easy Mac and Kraft Mac & Cheese.

Commenting on the sale, Amanda Banfield, Mondelez vice president for Australia, New Zealand and Japan, said: "We’re extremely proud of our history as the custodian of the VEGEMITE brand for over 90 years, transforming it from its local roots into a global icon that’s synonymous with Australia".

Bega Cheese executive chairman Barry Irvin added: "We believe these iconic brands alongside the Bega Cheese brand are strong building blocks to enable Bega Cheese to become a great FMCG business. We feel privileged to be taking on the responsibility and guardianship of one of Australia’s most loved brands, VEGEMITE, and look forward to working with the people at 1 Vegemite Way in Port Melbourne to continue the legacy of this great company".

The transaction is expected to be completed in the closing months.